70% of tumors depend on environmental factors and lifestyle

You may recall the outcry from a study published in Nature at the beginning of 2015 about oncology: Cancer is caused by bad luck. According to the data emerging from that research, the bad luck consists in the fact that the cells of certain organs undergo further transformations, and random variations of DNA compared to other. This explains, for example, because the tumor of the colon-rectum is more common than that of the pharynx. 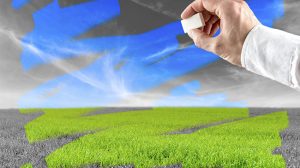 A little less than a year, now appears in Nature another study that overturns the outcome of the previous year: 70% -80% of cancers are caused by environmental factors and lifestyle.

A team of researchers from the Stone Book of New York University led by Prof. Yusuf Hanun analyzed the rate of cancer incidence in different areas characterized by a different concentration of environmental pollution. It was found that the most polluted areas are also those where there is a higher incidence of cancer: people who move from a low-risk region to a high-risk develop in a short time risk rates equal to those of other citizens that territory.

In addition, among the factors that most contribute to foster the development of a tumor us the use of UV lamps and smoking.

An obvious result in the eyes of many, especially of those oncologists who always commit to disclose a way of virtuous life as a prerequisite to the fight against cancer, but at the same time important for two reasons: resizes the role attributed to random mutation cell, and the importance of proper prevention : regular physical activity, balanced diet, no alcohol abuse and smoking. To know more reviews please visit http://wolff-tech.com/