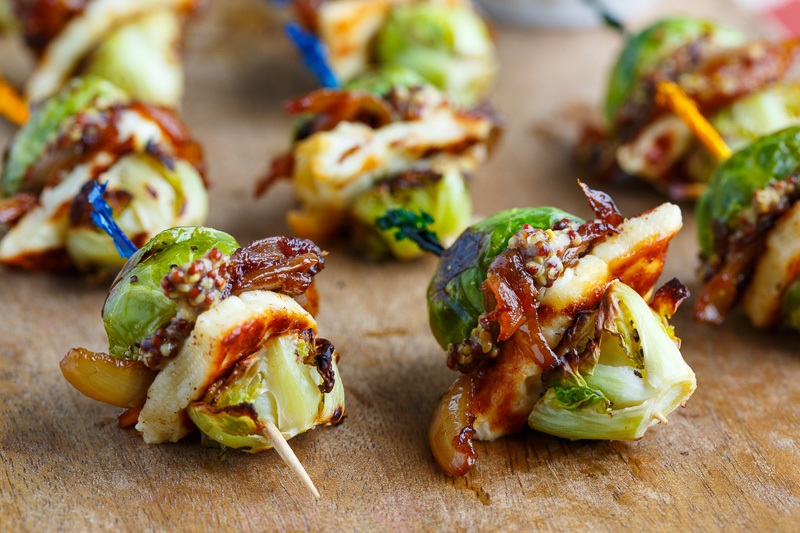 The Brussels sprouts skewers are an excellent colorful. And tasty side dish to accompany a second dish based on fish, meat, eggs, cheeses or legumes.

First, clean the Brussels sprouts under running water, remove the lower end and the outer leaves.
Wash the tomatoes, peel the carrots and cut them into chunks about one centimeter in size.
Form the skewers by alternately inserting the vegetables.

Arrange them in a baking dish covered with parchment paper. And season your skewers with salt and oil, sweet paprika, grated zest of a lemon, breadcrumbs and mixed oil seeds (pumpkin, sunflower, sesame, poppy)
Bake at 200 degrees for 15 minutes and then continue for another 10 minutes in grill mode until golden brown. 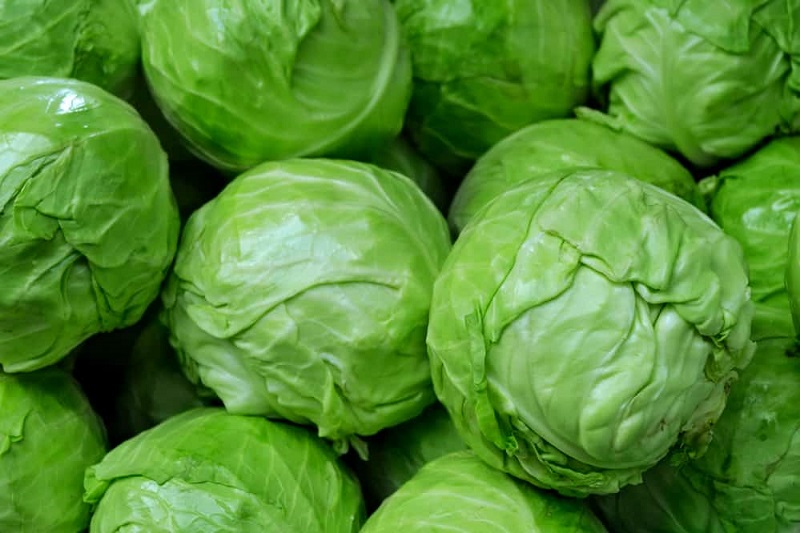 The Brussels sprouts are a typical vegetable of the winter season and in Italy. We find them from November to March.

They belong to the Brassicaceae or Cruciferae family, known for its anti-cancer properties and which also include their largest relatives or cabbage, cauliflower and broccoli.

From the nutritional point of view, it is an average low-calorie food, in fact, in 100 grams we find about 40 kcal.

They are rich in mineral salts (in particular iron, copper, calcium, potassium, manganese, and phosphorus) and an excellent resource of vitamins in which vitamin A, the vitamins of group B abound (in particular folic acid vitamin B9), vitamin C and E.

In particular, ascorbic acid or vitamin C, in addition to having various actions, also has a powerful antioxidant effect.

Anti-tumor properties of Brussels sprouts
Several studies have shown that how regular consumption of foods rich in vitamin C can significantly reduce the incidence of different forms of cancer.

The brussels sprouts are a source of phenolic compounds: the most important. Which are present in the Brassicaceae, are the glucosinolates from which. By hydrolysis by the enzyme myrosinase, are formed different bioactive products, in particular the isothiocyanates.

These aromatic compounds contain sulfur and are responsible for the not exactly pleasant smell that is emitted from the cabbages during cooking.

Among the most studied isothiocyanates for their anticancer properties, sulforaphane is mentioned, which has been shown to be active against breast, colon, prostate and neuroblastoma carcinomas.

Many studies have confirmed that regular consumption of cabbage, broccoli, cauliflower. And Brussels sprouts play a fundamental role in the context of preventive nutrition aimed at reducing the risk of the two main degenerative diseases, the main causes of mortality in industrialized countries: cancer and cardiovascular diseases.

Remember, however, to pay particular attention to cooking: it has been shown that prolonged cooking in boiling water significantly affects the reduction of the number of glucosinolates.

Therefore my advice, for a light and tasty recipe. It is to use a steamer or stew the Brussels sprouts in a pan or in the oven.

A VPN for Android is a application that operates in the background, encrypting data just

AVG Safeguarded is a good antivirus product. It is just a subsidiary of Avast and

If you have decided to install a new windows antivirus on your pc, there are