Scoliosis. Although it’s something that is considered to be fairly common among children and teenagers, it’s still not a diagnosis that people want to hear about. Mostly because it is a physical ailment that directly affects the curvature of a person’s spine and if it’s not caught in the early stages, it could lead to further complications in the future. 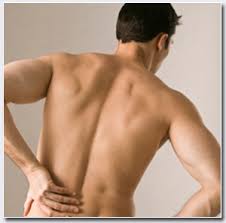 Thankfully, there are several things that can be done to treat mild forms of Scoliosis. Ones that hopefully will prevent it from becoming a permanently debilitating issue. If you’re interested in knowing what some of those things are, we’ve provided you with five of them below:

Be constantly monitored by a pediatric orthopedic doctor. If you’re someone who has been newly diagnosed with a very mild form of Scoliosis, in some cases, treatment is not even necessary. However, what will be required is that you see an orthopedic doctor on a regular basis, just so that you spine can be properly monitored.

Watch what you eat. One of the best ways to get back onto the road of recovery for basically any kind of ailment is watching what you eat. Well, when it comes specifically to Scoliosis, it’s a good idea that you consume lots of fresh fruits and vegetables and also that you eat plenty of meat (for the protein); however, you should avoid pre-packed luncheon meat or pork. Speaking of foods to avoid, other ones to keep in mind include soda, artificial sweeteners, coffee, alcohol, soy products, white flour and salt too.

Get a back brace. If the curve in your back is less than 20 degrees, then in most cases, you don’t have to worry about getting a back brace. However, if it ends up being somewhere between 20-40 degrees, that is when it’s no longer considered to be a mild form of Scoliosis and a back brace might be required. If you go to a place like Conquest MD Spine Care and Sports Medicine to get tests ran regarding your level of Scoliosis, they will be able to tell you if a brace is needed or if it may be best to go with the next form of treatment.

Surgery. Sometimes, the best way to treat Scoliosis is by having surgery. For children, there is something that is known as growing rod implant surgery in which rods are placed with their spine area to help to correct the curving. Then for older people, there is spinal fusion where the deformed area is actually straightened with the help of metal rods. It might sound extreme, but it’s a fairly common procedure that can have you on the way to feeling better soon. For more information on Scoliosis, visit Web MD and put “Scoliosis” in the search field.