Nanomedicine: How can beat cancer

On the eve of World Cancer Day 2016 comes encouraging news from the world of medical research. In particular, from nanomedicine, a sector for which has funded about 50 projects from 2008 to 2014, and which has been the major protagonists researchers at the University of Milan Bicocca and the Cancer Institute Foundation.

The most promising areas of research are two and, as we shall see, some of nanomedicine projects on which you are working can be presented through both fascinating and effective metaphors. 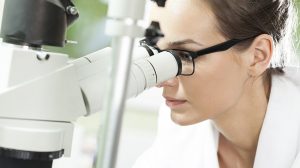 Nadia Zaffaroni, director of the complex molecular pharmacology Structure of Foundation IRCCS Int., Speaks of “tiny Charon” to indicate smart nanoparticles, vectors between 20 and 500 nanometers (a billionth of a meter) able to recognize the diseased cells and then ferrying the drug inside the cell itself. It is a result that involves a complex search to give each Charon the right coordinates to recognize the tumor, overcome the biological barriers of the cell and join them to release the necessary medicines, which can be both conventional chemotherapeutic drugs is organic, such as nucleic acids and proteins.

The second project, designed in collaboration with Int Mauro Ferrari at Houston Methodist Research American Institute, is more innovative and ambitious. The objective is to create nanoparticles that deceive cancer because covered by membranes obtained from leukocytes (white blood cells), cells of the immune system that the body calls for actions on cancer cells.Hence, the name of leucolike given to nanoparticles, entering the diseased cells acting as Trojan horses: once inside, they release the drug.

Advantages and prospects of nanomedicine cancer

The first advantage given by the use of nanotechnology cancer is the patient’s well-being: the drug is aimed at the heart of cancer cells, and consequently its effects are confined without affecting healthy parts of the body. This limits the side effects typical of traditional cancer care.

Use nanomedicine to fight tumors means allow medical specialists to define a personalized therapy for each patient by increasing the effectiveness of care and preserving it from disorders resulting from side effects of the medicines.

The field of nanomedicine is also very active, although it is a need for better preparation of the researchers in this context. To date, there are about medicines on the market, a number expected to rise in step with scientific and medical research. For more reviews visit http://www.franklindrugcenter.com/.