In these last days of the main news in all the media is the ‘ high pollution rate that continues unabated , thanks to the lack of rain and snow.

The mild and dry winter favors the persistence of PM10 in the air , the nano particles of dust pollutants affecting our health. The immediate reference is to the lungs where they accumulate the dust pollution causing, for serious and protracted, molecular intoxications responsible for lung cancer. Yet the respiratory system is not the only victim of smog: a risk there is also the health of the heart. 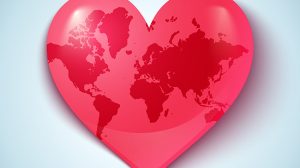 Because the fine particles are bad for the heart?

The PM10 are so small and thin to penetrate easily into cells, damaging them, even in cardiac cells. The level of C-reactive protein indicates the degree of cellular inflammation and is a parameter used to determine the risk of health. On this assumption it was based research that has compared the youth and children of Krakow and Lublin heart health, the first city with a degree of pollution double than the second. It was found that among volunteers in Krakow there is a greater presence of C-reactive protein and, therefore, a higher degree of cellular inflammation .

The research results were disseminated at the ESC conference held in London at the annual meeting of the Society of Cardiology, in which experts also pointed out that the smog begins to cause health disorders during childhood , even more so when you consider that in strollers and prams, children often are in direct contact even with the vehicle exhaust.

How to protect against PM10?

To counter the negative effects of smog on health, especially of the heart and lungs, we can follow the Decalogue smog Institute of Health , and help our body to also react through a diet rich in flavonoids.

The flavonoids are natural chemical compounds by the strong antioxidant property which, among other things, ensures the correct functioning of the liver, immune system and capillaries, and prevents some diseases such as cardiovascular diseases, cancer and inflammatory.

Fruits, vegetables, wine and chocolate are some of the foods with higher content of flavonoids and that should always be present on our table, especially now that we need also the effects of air pollution protection .

In 2015 there were 68,000 deaths more than in 2016, a figure that now is associated with pollution and that instead, more realistically, has several contributing factors: the more deaths there was in January, February and July periods that correspond to the winter season when there has been a drastic drop in vaccinations , and the wave of deadly hot for many elderly and chronically ill. Of course it is known the link between pollution and stroke, heart attack and cancer, and it is also true that in the major cities with persistent pollution there were more deaths from heart problems, but it is also true that the pollution cannot be the sole cause. For more click here http://target-marketing.co.uk/