Gingivitis is a mild dental problem that can move on to something more serious if not go to the doctor, know symptoms and natural remedies to relieve them.

Gingivitis is an inflammation of the gum surface regularly by bacterial infection is accompanied by bleeding. It is often present especially in childhood and adolescence, and mainly in women during menstruation, pregnancy and menopause. 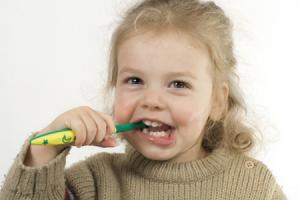 Symptoms of gingivitis include: Strong flushing dental gum around the base, local swelling upset, loose teeth with mobility or feeling bad breath.

Usually bleeding occurs during tooth brushing or even eating. In more severe cases symptoms are other deposits of pus.

The primary cause of gingivitis is poor oral hygiene, causing accumulation of debris will form a plaque causing toxins that irritate the gums and remove tissue around teeth.

Major enhancers or other causes of gingivitis include:

How to prevent gingivitis naturally

To prevent gingivitis naturally the first thing is a dental cleaning, not just three times daily, but do it properly brushing your teeth from the gum down both front and back in a circular motion. Flossing oral hygiene eliminates many bacteria, and the use of mouthwash, if you prefer there are very effective natural.

Other important recommendations are:

Treatment of the symptoms of gingivitis

Before treating gingivitis dentist must diagnose and determine treatment. The main objective is to reduce inflammation and this is done with a thorough cleaning with the knowledge and specialized equipment.

Then, to speed up or support treatment can include natural remedies consistent gargle or mouthwash with astringent effects (dry mucous membranes), antiseptics and anti-inflammatories.

These are plants that can be used as a natural remedy for gingivitis and other oral problems and have the following virtues:

Prepare an infusion to perform several rinses or gargles with any of these plants and get very good results.

Gingivitis, although in principle it is only mild discomfort, should not be missed as it can develop into periodontists, which is much more serious. On the other hand, it is also one of the first symptoms of herpes, diabetes or AIDS virus. Do not fear going to the dentist.