The care of people with mental and physical disabilities had been the subject of some debate for many years, before the Thatcher government of the 1980s was finally about to make a reality of care in the community. Prior to the act care was limited to huge Victorian, or purpose built, facilities that simply locked away people with mental health problems and just considered them ill. There was little capacity for any Mental Health Training Courses like those from https://www.tidaltraining.co.uk/mental-health-courses. 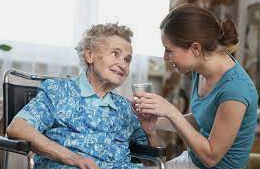 Since the 1950s it was widely accepted that the provision of care by institutions was not fit for the purpose of helping mentally disabled people better integrate into life and society. It was argued that if care could be given to people in their homes, rather than something akin to a secure hospital, then this would be much better. To be a part of the community was much more beneficial than being locked away. The Thatcher government agreed, in part because it was the right thing to do but also because it would significantly reduce the social services tax burden.

Whilst the positive benefits were obvious there were also deep concerns. People who required long term care were being expected to suddenly fend for themselves and councils were suddenly tasked with finding them places to live putting further pressure on the already dwindling council house and flat supply. This had been hit hard by the right to buy scheme that the Government had agreed at the start of the decade.